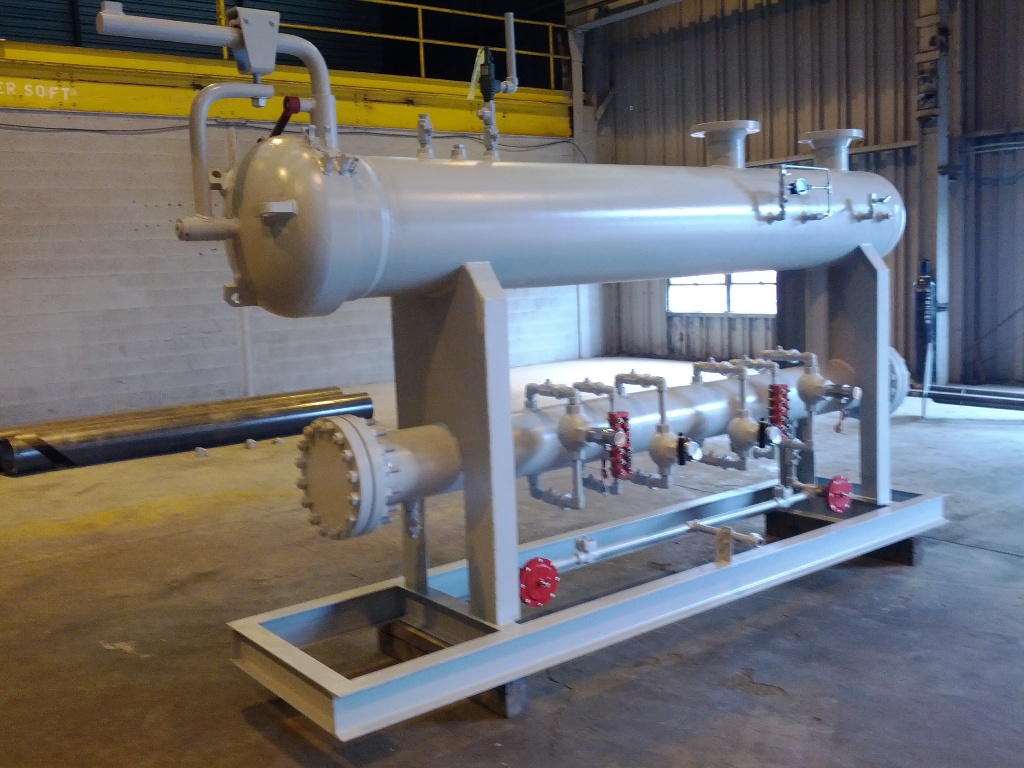 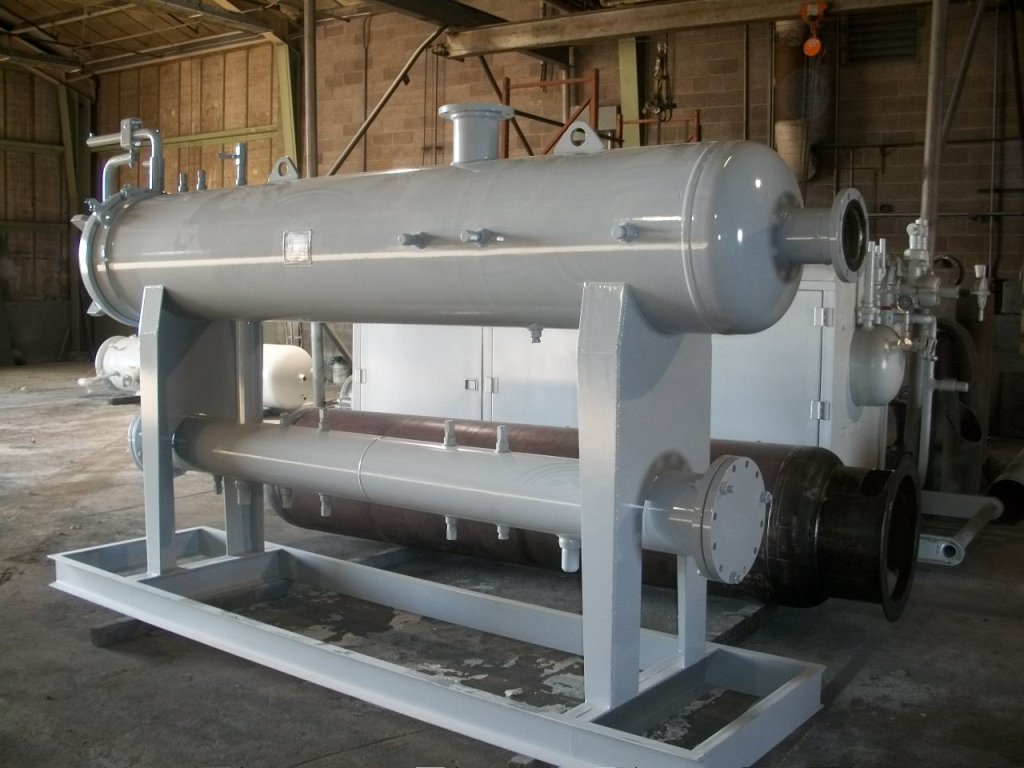 Floco filter separators are designed in either vertical or horizontal configuration with full end opening enclosures for a non hazardous access to the filter elements. The elements are geometrically arranged to provide the most favorable ratio of dirt storage void volume to filter surface area, and an unobstructed vertical path permits solids to accumulate in the lower section of the vessel. Each element is installed on a rigid stand pipe permanently attached to the tube sheet at one end and positively supported at the closure end by a removable spider assembly, preventing any possibility of vibration under pulsating flow. 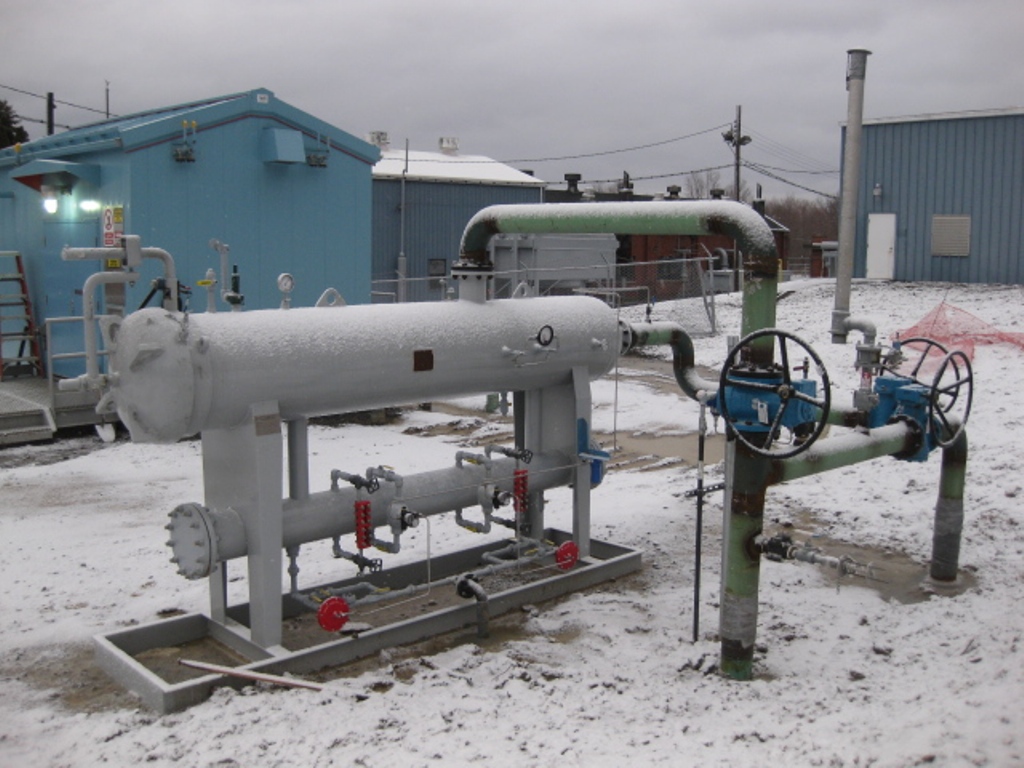 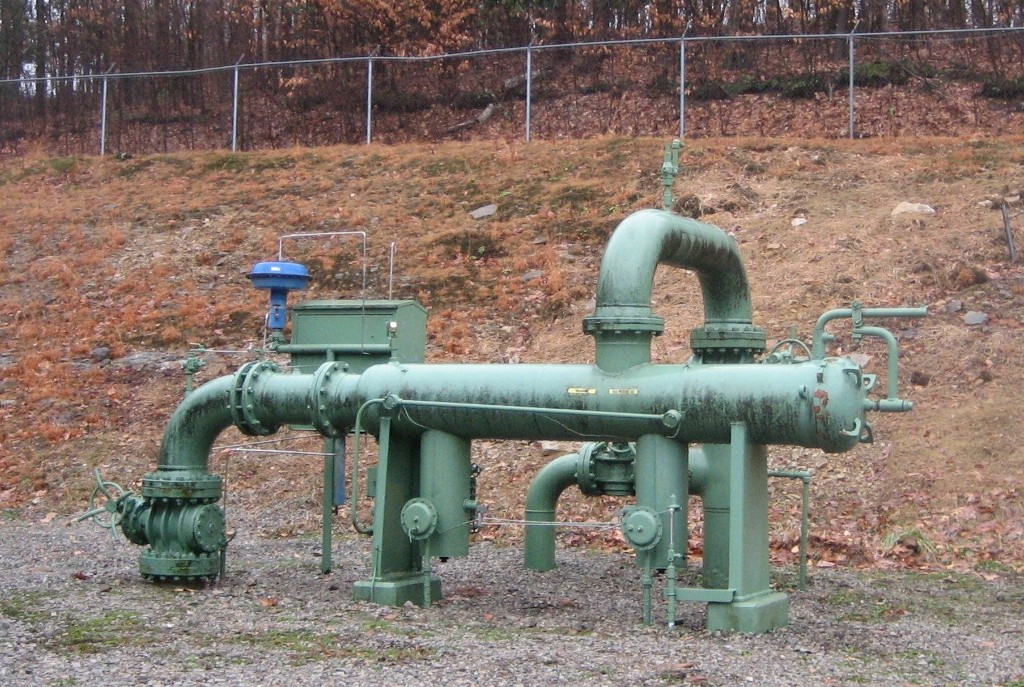 Separation of solid and liquid contaminates from the gas stream is accomplished by inertial inception, direct impaction. The larger liquid or solid particles ( >15 microns) are collected on the outer surface of the filter coalescer elements, with a large portion of these particles accumulating in the lower section of the shell. The smaller solid particles are entrapped in the depth of the media, with a resultant efficiency of 1 Micron removal. The smaller liquid particles flow down fiberglass lengths, meeting other small liquid particles causing the liquids to coalesce which is removed in the 2nd stage mist eliminator section.

There are two methods for the 2nd stage. A wire mesh design depends on the probability principle that each liquid particle will impinge on a mesh strand. This allows clean, dry vapor to pass through the mesh while the liquid droplets drain to the sump for subsequent removal. The other design uses a vane impingement separator which is dependent upon the controlled change of direction of the vapor stream to generate an increase in apparent density of the liquid phase. In this case all liquid droplets impinge on and become trapped in individual hooks. This liquid then drains to the bottom of the vessel for subsequent removal. 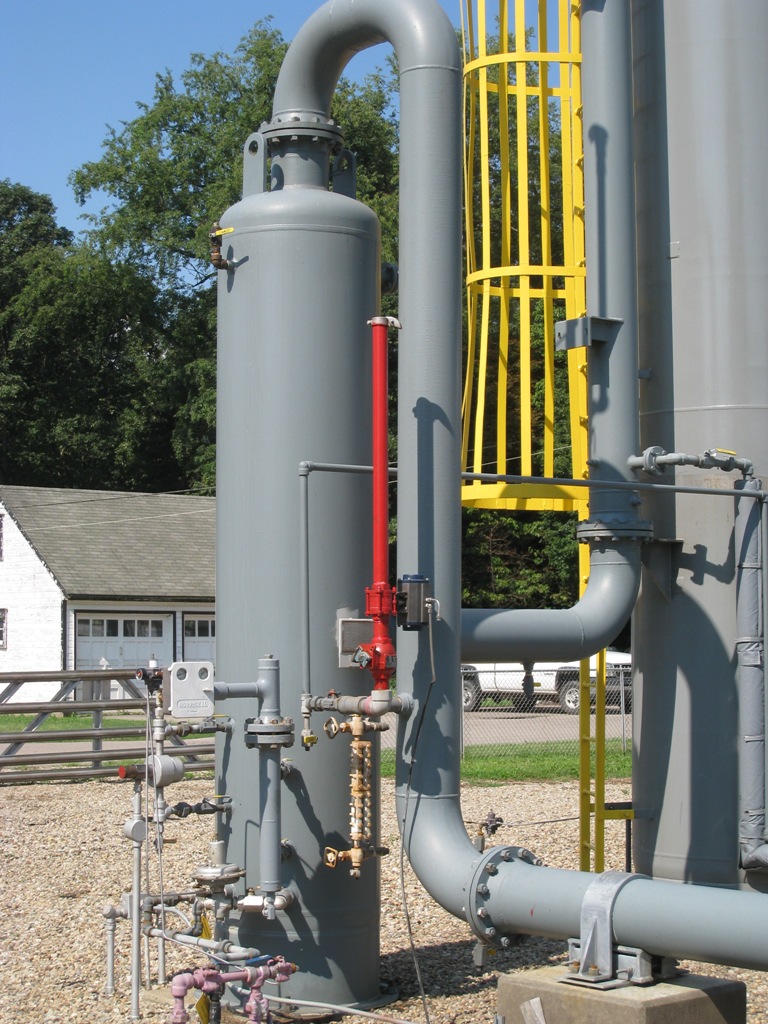 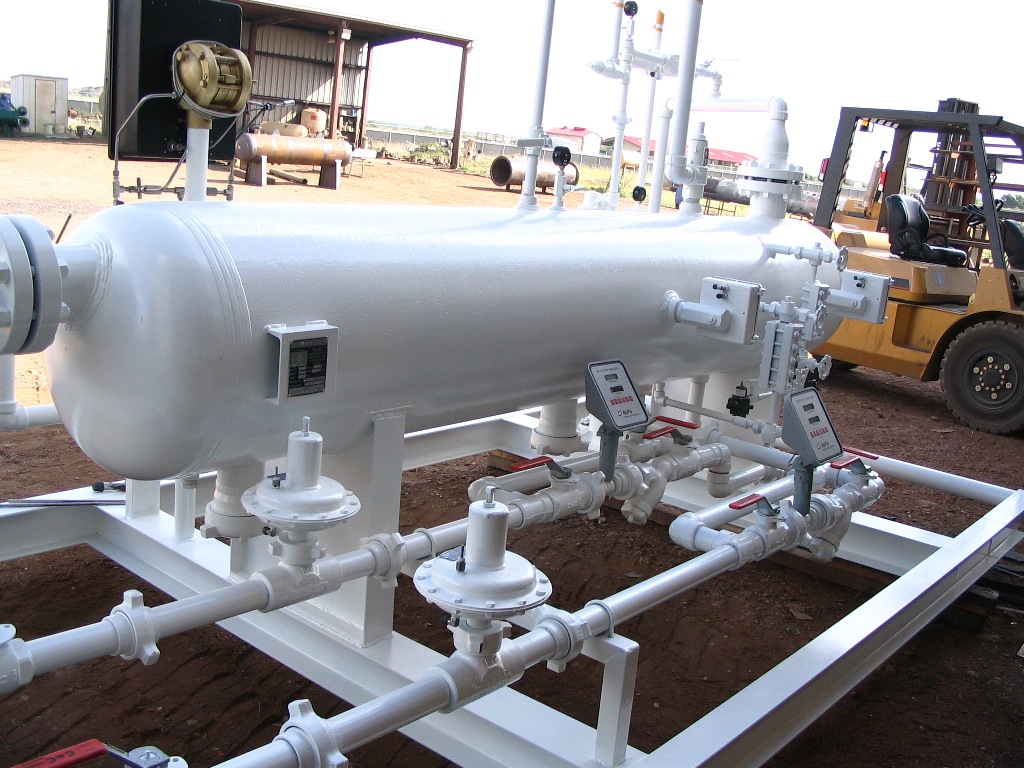